Bulgaria’s long and affectionate relationship with yogurt dates back to the Thracians, ancient inhabitants of the Bulgarian lands, when stock-breeders placed sheep’s milk in lambskin bags around their waists and fermented yogurt using their own body heat. The word ‘yogurt’ is derived from the words for ‘thick’ and ‘milk’ in ancient Thracian. But being credited as the inventor is not Bulgaria’s only source of yogurt pride; it is also credited with producing the healthiest yogurt in Europe, thanks to a unique bacteria native to the country.

In the early 1900s, a Bulgarian scientist called Dr. Stamen Grigorov, found an agent causing Bulgarian yogurt fermentation – a specific bacillus. Grigorov went on to pinpoint two more bacteria: a Streptobacillus and a harmful Streptoccus thermophilus which coexisted with that Lactobacillus in what appeared to be a perfect symbiosis. He also discovered that these two bacteria are not part of the micro-flora that exists in the human intestinal tract; however, they turn out to be very beneficial to it when introduced in it.

Interested in Dr. Grigorov’s discoveries, another scientist, the Russian Ilya Mechnikov, a Nobel Prize laureate in Physiology and Medicine, went on to discover that more people lived to the age of 100 in Bulgaria than in any of the 36 other countries he studied. He directly linked this to the country’s most traditional food – yogurt.

According to Metchnikoff’s research, the aging process results from the activity of putrefactive (proteolytic) microbes producing toxic substances in the large bowel. He knew that milk fermented with lactic-acid bacteria inhibits the growth of proteolytic bacteria because of the low pH produced by the fermentation of lactose. Based on these facts, Metchnikoff proposed that consumption of fermented milk would “seed” the intestine with harmless lactic-acid bacteria and decrease the intestinal pH and that this would suppress the growth of proteolytic bacteria, that he called “Bulgarian Bacillus” (read more about Lactobacillus Bulgaricus). 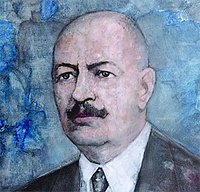 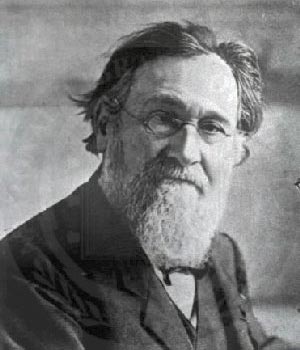 Since then, yogurt has been credited with having a number of healthy effects on the human body, including reducing cholesterol, reducing unhealthy bacteria in the gastro-intestinal tract, increasing calcium levels and producing cancer-suppressing compounds. 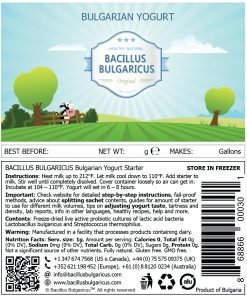 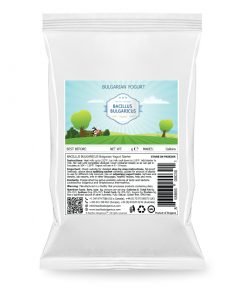 Our Yogurt Starter makes genuine Bulgarian yogurt (kiselo mlyako) of exceptional quality with classic Bulgarian yogurt taste, thickness, acidity and aroma. The yogurt is thick and creamy in nature and has an impeccable taste with just the perfect balance between being mild and tart. It is unlike any other yogurt you’ve ever tried. Simply select a pack size and enjoy the best yogurt in the world!

Not sure which pack size to get? Click here for help
Select Your Pack Size
Join Ivo’s Insiders List

Add your email address to Ivo's Insiders List and learn about promotions and deals before everyone else. Who is Ivo?

All our starters are fully natural with no additives, preservatives, artificial colors or flavors. They contain no GMO ingredients and are gluten free.